Acquitted Christian Couple, Attorney in Pakistan Fear for their Lives

LAHORE, Pakistan, June 15, 2021 (Morning Star News) – A Christian couple acquitted by a high court in Pakistan fear for their lives as Islamic extremists have started a campaign calling for their murders ahead of their yet unconfirmed release from jail, sources said.

The Lahore High Court on June 3 overturned the 2014 conviction of Shagufta Kausar and husband Shafqat Emmanuel under Pakistan’s controversial blasphemy laws; they were accused of sending text messages allegedly disrespectful to Islam’s Prophet Muhammad. The couple’s appeal against their death sentence had been repeatedly adjourned by the high court over the last six years.

“The social media are being flooded with hate posts against us and the two judges who ordered the couple’s release,” Malook said. “The lives of all of us involved in the case are at great peril. These messages from influential clerics belonging to various religious parties are prompting millions of Pakistani Muslims to kill us so that ‘they may go to paradise.’ It’s incentives like these that prompt poor Muslims to commit murders in cold blood.”

Malook said that he was being accused of “collaborating” with blasphemers, while the judges are accused of freeing the couple under international pressure.

“This is absurd, because even though the appeal was most likely taken up and concluded within three days due to pressure of the EU resolution, the verdict was passed on merit,” Malook said.

The appeal was abruptly taken up days after the European Union Parliament passed a resolution in April calling for a review of the GSP+ status granted to Pakistan in view of an “alarming increase in the use of blasphemy accusations in the country.” The EU resolution expressed particular concern regarding the case of the couple, stating, “The evidence on which the couple were convicted can be considered deeply flawed.”

The EU resolution, which passed overwhelmingly, 662 to 3 with 26 abstaining, also stated that the couple’s appeal had been “postponed multiple times.”

“I’m a devout Muslim, and I love the Prophet Muhammad in the same way the other Muslims do,” Malook said. “Defending Christians who are accused of blasphemy is my legal, constitutional and Islamic duty. I’m not doing anything un-Islamic. Islam teaches us that if we kill one innocent person, we have killed the whole of humanity, but sadly a large number of my Muslims brothers are bent upon maligning our peaceful and just religion.”

The lawyer said that he feared that violent demonstrations would break out across the country when Kausar and Emmanuel are released from jail.

“The situation will probably be worse than in October 2018, when Islamist zealots brought the country to a standstill after the Supreme Court acquitted Asia Bibi,” he said.

Malook said that the response of the government and security agencies towards their protection has been “extremely disappointing.”

“Prime Minister Imran Khan’s government does not want to lose its support from religious hardliners,” he said. “It’s unlikely that our security will be improved by the government, so yes, I am very concerned about all three of us as well as my family.”

Pakistan’s highest elected body of lawyers, the Pakistan Bar Council (PBC), has strongly condemned the threats on social media to the lives of Supreme Court judges and Malook.

PBC Vice Chairman Khush Dil Khan said Malook was being targeted by some people contrary to the fundamental rights of citizens. The PBC official urged the government to provide stringent security to Malook and arrest those who uploaded hateful and threatening content on social media.

Kausar’s brother, Joseph Janssen, expressed similar concerns. He told Morning Star New that the government must increase security for the couple and their lawyer.

“Islamist forces have suffered a major setback due to the couple’s acquittal, and it’s unlikely that they will sit behind and watch them leave prison safe and sound,” Janssen said.

On June 3, Lahore High Court Justice Shahbaz Ali Rizvi and Justice Tariq Saleem Sheikh accepted an appeal challenging the death sentence and acquitted Kausar, 52, and her husband, 49-year-old Emmanuel, on the basis of “adulterated evidence and manipulated testimonies of the prosecution witnesses,” their lawyer said.

The couple was convicted in 2014 of sending blasphemous text messages insulting the prophet of Islam, Muhammad, to a local imam and the then-president of the local bar council from a phone number registered in Kausar’s name. The mother of four children worked as a cleaner at a local missionary school in Gojra. Her husband is paralyzed from the waist down and cannot work.

Rights activists say it’s unlikely that any Pakistani government will move to repeal or amend the blasphemy laws due to fierce Islamist sentiments in the Muslim-majority country. They say Pakistani authorities must be urged to immediately implement effective procedural and institutional safeguards at the investigative, prosecutorial and judicial levels to prevent abuse of these laws.

At least 35 people in prison in 2020 received death sentences for blasphemy, compared with 29 the previous year, according to the U.S. State Department’s 2020 International Religious Freedom Report, released last month. The report cites the Center for Social Justice, a national Non-Governmental Organization, as reporting that at least 199 people were accused of blasphemy offenses in 202, the highest number of blasphemy cases in a single year in the country’s history. Most of the accused were Shia (70 percent of cases) and Ahmadis (20 percent), according to the report.

The U.S. State Department in December re-designated Pakistan among nine other “Countries of Particular Concern” for severe violations of religious freedom. Previously Pakistan had been added to the list on Nov. 28, 2018.

Pakistan ranked fifth on Christian support organization Open Doors’ 2021 World Watch List of the 50 countries where it is most difficult to be a Christian.

Does God Accept the Worship of All Religions? 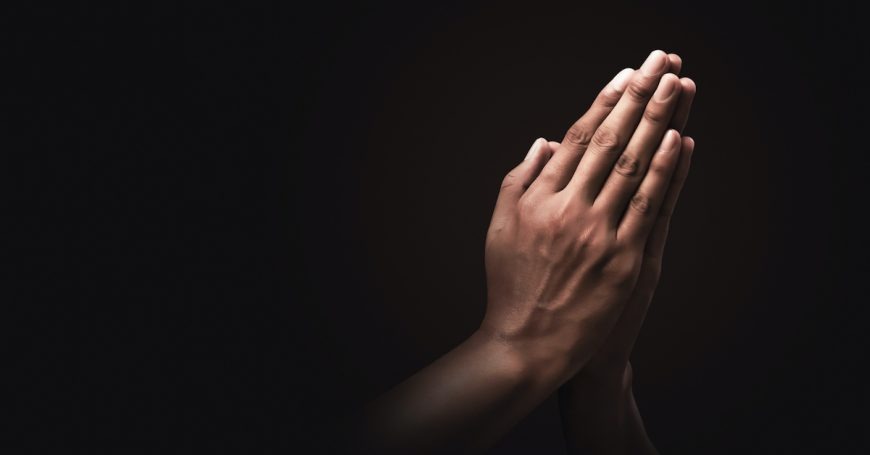