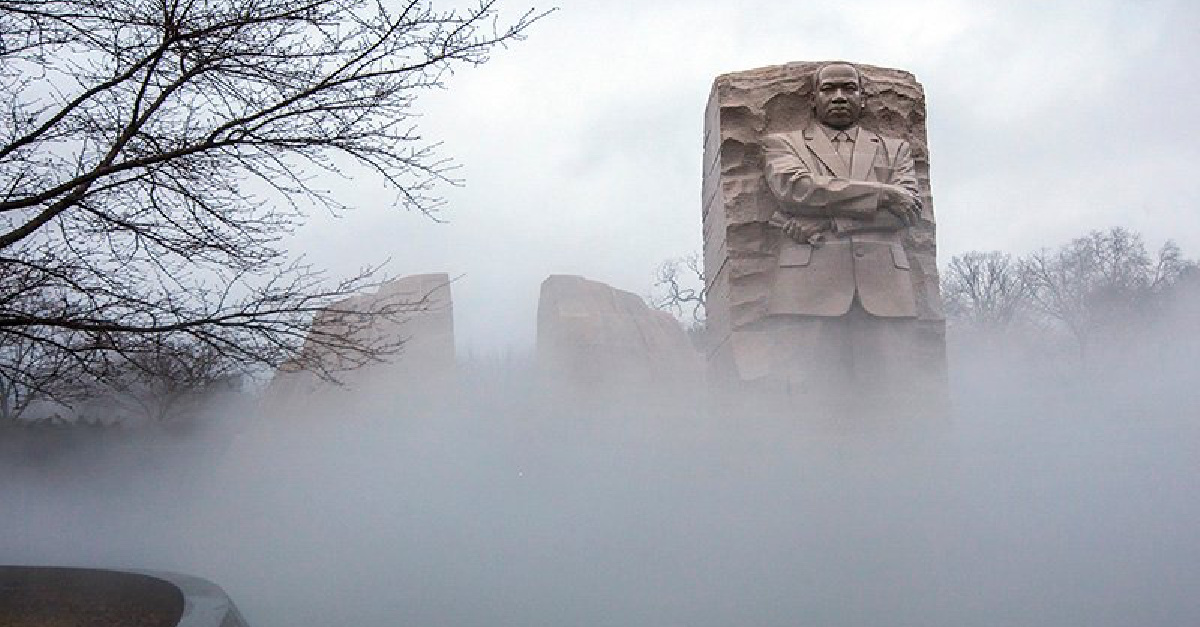 RNS) — While Martin Luther King Jr. Day is mostly commemorated with quotes and clips of King’s 1963 “I Have a Dream” speech and footage of bus boycotts and the 1965 march from Selma to Montgomery, Alabama, some of the most important moments of King’s work came later, as he turned his attention from civil rights to poverty and the Vietnam War.

As he made more appearances in Northern cities to protest segregation and unequal treatment of Black Americans, King’s popularity began to drop. Surveys of the American public as well as statements from some clergy and activists showed the cost of shifting his focus away from the South and Jim Crow after the passage of the Civil Rights Act.

In 1967 — the last full year of his life before he was killed in Memphis, Tennessee — Religion News Service (then known as Religious News Service) published dozens of stories about King, chronicling how his growing outspokenness against the Vietnam War and his advocacy for the poor, while it garnered support from celebrities such as Dr. Benjamin Spock, drew criticism from evangelist Billy Graham and others.

When Gallup Poll’s 1967 list of “most admired” men was announced early in the year, King had dropped out of the top 10.

At the top of the list were President Lyndon Johnson, Gen. Dwight Eisenhower and Robert Kennedy. They were followed by the only two religious leaders cited that year: Graham, cited fourth, and Pope Paul VI, who was fifth.

(By 1999, Gallup cited King second on a list of the most admired people of the 20th century, after Mother Teresa and ahead of John F. Kennedy, Albert Einstein and Helen Keller.)

In the same month that King gave his controversial “Beyond Vietnam” speech at New York’s Riverside Church, he co-led a march for peace from Central Park to the United Nations Plaza. He marched with Spock, the renowned pediatrician and pacifist, and spoke at a rally along with Stokely Carmichael, leader of the Student Nonviolent Coordinating Committee.

But RNS also reported that King said the crowd was closer to 250,000 or 300,000, calling it the “largest peace demonstration ever held in the U.S.”

Under the headline “DEMONSTRATIONS PROLONG WAR, BILLY GRAHAM CHARGES,” RNS reported that Graham said he thought King was wrong to link the anti-war efforts with the civil rights movement.

“Surely Negroes are divided about the war as the rest of us, and it is an affront to the thousands of loyal Negro troops who are in Vietnam,” said Graham, who a few months before had preached to U.S. troops in Vietnam on Christmas Day.

The Christian Century, a primarily mainline Protestant weekly, backed King’s stance, however: “As a civil rights leader King is not only committed to helping the Negro,” the magazine said in an editorial. “He is committed also to the motto of the Southern Christian Leadership Conference: ‘To save the soul of America.’”

It added: “King maintained that he could not conscientiously protest the use of violence in solving the problems of American ghettos without also condemning violence in Vietnam.”

Contrasting reactions to King’s and others’ position on the war extended beyond Protestants.

Dean Joseph O’Meara of the University of Notre Dame Law School said in a May 3 RNS story headlined “NOTRE DAME LAW DEAN ATTACKS KING, CARMICHAEL VIETNAM STANDS”: “Such persons (Dr. King and Mr. Carmichael) are doing irreparable harm to the cause of civil rights by seeking to link the civil rights movement with their own criminal attempts to persuade young men to avoid military service.”

O’Meara, who had been active in the American Civil Liberties Union, said some other objectors to the Vietnam War — but not King and Carmichael — “are motivated by strongly held moral principles” and “are entitled to respect.”

A May 1 RNS story reported that King preached the day before about Muhammad Ali, then also known as Cassius Clay, hailing his decision to refuse to be inducted into the U.S. Army.

“He is giving up even fame,” King said of the heavyweight champion in a sermon at Ebenezer Baptist Church in Atlanta, where he served as co-pastor with his father. “He
is giving up millions of dollars in order to stand up for what his conscience tells him is right.”

Ali had sought a draft exemption, citing his affiliation with the Nation of Islam, a religious movement that has championed Black separatism and empowerment.

King also said: “Every young man in this country who believes that this way is abominable and unjust should file as a conscientious objector.”

That summer, the Minnesota Baptist Convention adopted a resolution at its 108th annual meeting calling King “a false prophet, blind leading the blind.”

The group, founded in 1859 and now known as the Minnesota Baptist Association,
was described in the RNS story as having “fundamentalist and ultra-conservative views.” It was one of five state Baptist bodies in the state at the time.

The convention’s resolution included the views of Bishop Charles E. Tucker, an African Methodist Episcopal Zion leader who had said King was “following the Communist party line, giving aid and comfort to the enemy.”

Two months earlier, the Council of Bishops of the African Methodist Episcopal Zion Church had endorsed Tucker’s denunciation of King and Carmichael as well.

The news wasn’t all bad for King.

The Rev. Peter Riga, a Roman Catholic priest, told the annual meeting of the Biblical-Liturgical Institute at Holy Cross Abbey in Cañon City, Colorado: “If I had to choose the greatest Christian in the world today, it would be Martin Luther King. He has fortitude with humility; he has suffered but will not strike back out of hate.”

Riga added that he agreed with King that priests and other ministers should declare themselves conscientious objectors and forgo their draft exempt status.

“Priests and ministers should take their stand for peace before the law,” said Riga, who served as an Army chaplain in Vietnam and later left the priesthood and became a lawyer.

Other defenders of King took issue when a prominent Episcopal seminary chose not to honor the 1964 Nobel Prize winner with an honorary degree.

Before a ceremony marking the 150th anniversary of the General Theological Seminary, Bishop Robert Spears Jr., who chaired the anniversary committee, confirmed that King was one of 18-20 people suggested for the honorary degree but said he was rejected because the focus of the honors was on ecumenical work. He said King’s “principal contribution was not that of an ecumenical nature.”

The independent Episcopal Peace Fellowship called the decision “a shocking vestige in racial bias” and said he was “indisputably among the foremost ecumenical leaders of our time. Quite apart from his commitment to nonviolence and moderation in the potentially revolutionary struggle for human rights, Dr. King has cut across all racial lines in uniting churchmen in ecumenical witness to world peace.”

The Episcopal Society for Cultural and Racial Unity joined the fellowship in criticizing the seminary, saying King was “one of the most functional ecumenists in the world today, and many lapsed churchmen have returned to the faith of their fathers because of the relevance and heroism which he has exemplified as a Christian leader.”

That month RNS also reported that King began serving four days of a five-day jail term after the Supreme Court declined to review earlier convictions for violating a court injunction against holding demonstrations in Birmingham, Alabama, in 1963.

Speaking at an Atlanta news conference, King called the $50 fine and jail sentence a “small price to pay” because he believed the 1963 demonstrations led to the enactment of the 1964 Civil Rights Act.

“But I am sad,” he said, “that the Supreme Court of our land … could not uphold the rights of individual citizens in the face of deliberate use of the courts of the State of Alabama as a means of oppression.”

King was dressed in a denim shirt, sweater and blue jeans and carried a Bible and two other books, RNS reported.

At the time of his release, the judge said: “As far as I was able to tell, he was a model prisoner.”

While imprisoned with the Revs. Ralph D. Abernathy, Wyatt Tee Walker and A.D. King, who was King’s brother, the civil rights leaders were planning what became known as the Poor People’s Campaign.

After King’s assassination on April 4, 1968, the massive civil disobedience campaign they planned for the next spring was led by Abernathy.

READ THIS STORY AT RELIGIONNEWS.COM.

Evangelicals Are Only Group to Say Marriage and Children Should Be a Priority: Poll