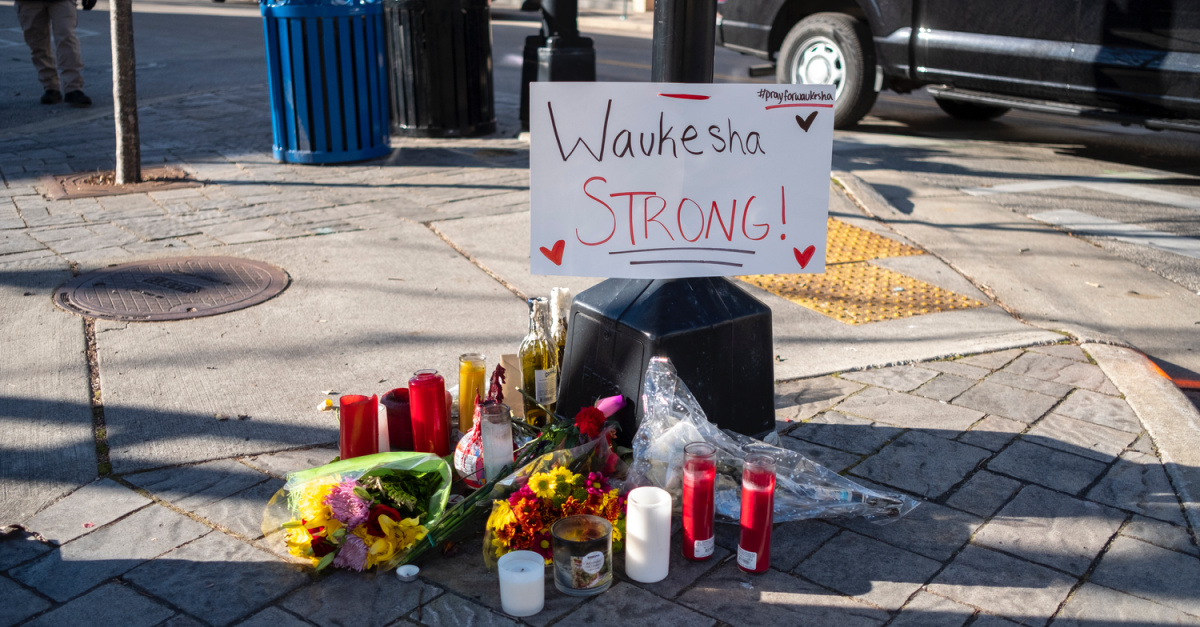 On Tuesday, Darrel Brooks Jr. was charged with five counts of first-degree intentional homicide after he drove his red Ford Escape into a crowd of marchers during an annual Christmas parade in Waukesha, Wisconsin.

The aftermath of the tragedy injured 62 people and killed six people, one of which was an 8-year-old boy who succumbed to injuries, CBN News reports. On Tuesday, Brooks, 39, cried as the charges were laid against him during a court hearing. If convicted, he could spend the rest of his life in prison. His bail was set at $5 million.

Brooks, an amateur rapper under the name MathBoiFly, has a lengthy rap sheet with a total of 16 criminal charges, the first dating back to 1999.

Just two days before Sunday’s attack, Brooks was released from jail on a $1,000 bail. He was arrested in Milwaukee County in early November after he reportedly tried to run his ex-girlfriend over with his car.

Brooks was also convicted in 2006 of having sex with a 15-year-old girl, whom he had a child with. He would have been 24 at the time.

According to the New York Post, Brooks’ social media page had a series of disturbing posts and memes, which had since been deleted after he was taken into custody. Screenshots of the posts included calling for violence against white people and that Hitler was “right” in killing the Jews.

As reported by CBN News, Waukesha police said that Brooks fled a domestic dispute on Sunday ahead of the parade but was not being pursued.

Waukesha County District Attorney Susan Opper said that more charges will be coming against Brooks after the sixth person, a young child, succumbed to injuries. He will also face charges for the serval others who were injured during the incident.

Local residents held a prayer vigil on Monday night for those who lost their lives on Sunday. Among the six who died are three members of the Milwaukee Dancing Grannies, a marching and dancing group comprised of local grandmothers. The group has been around for almost 40 years.

“We are hurting. We are angry. We are sad,” Amanda Medina Roddy with the Waukesha School District said at the prayer vigil. “We are Waukesha strong.”

5 Killed, More Than 40 Injured after SUV Plows through Christmas Parade in Wisconsin

For God gave us a spirit not of fear but of power and love and self-control.
2 Timothy 1:7

59 Percent of Americans Say Having Political Conversations with People of Opposing Views Is ‘Stressful, Frustrating’